The CTL Logistics Group is an international logistics operator performing domestic and international transport using its own rolling stock and infrastructure. We have been on the market for over 25 years. During this period, we have proved to be a reliable business partner, which leads to position no 5 among the freight carriers in Poland.

In cooperation with CTL Logistics GmbH, we carry out cross-border transport, both in import and export of goods across the western border of Poland. We are distinguished by the ability to coordinate and service transport throughout the entire route, also on the side of Western and Southern Europe. 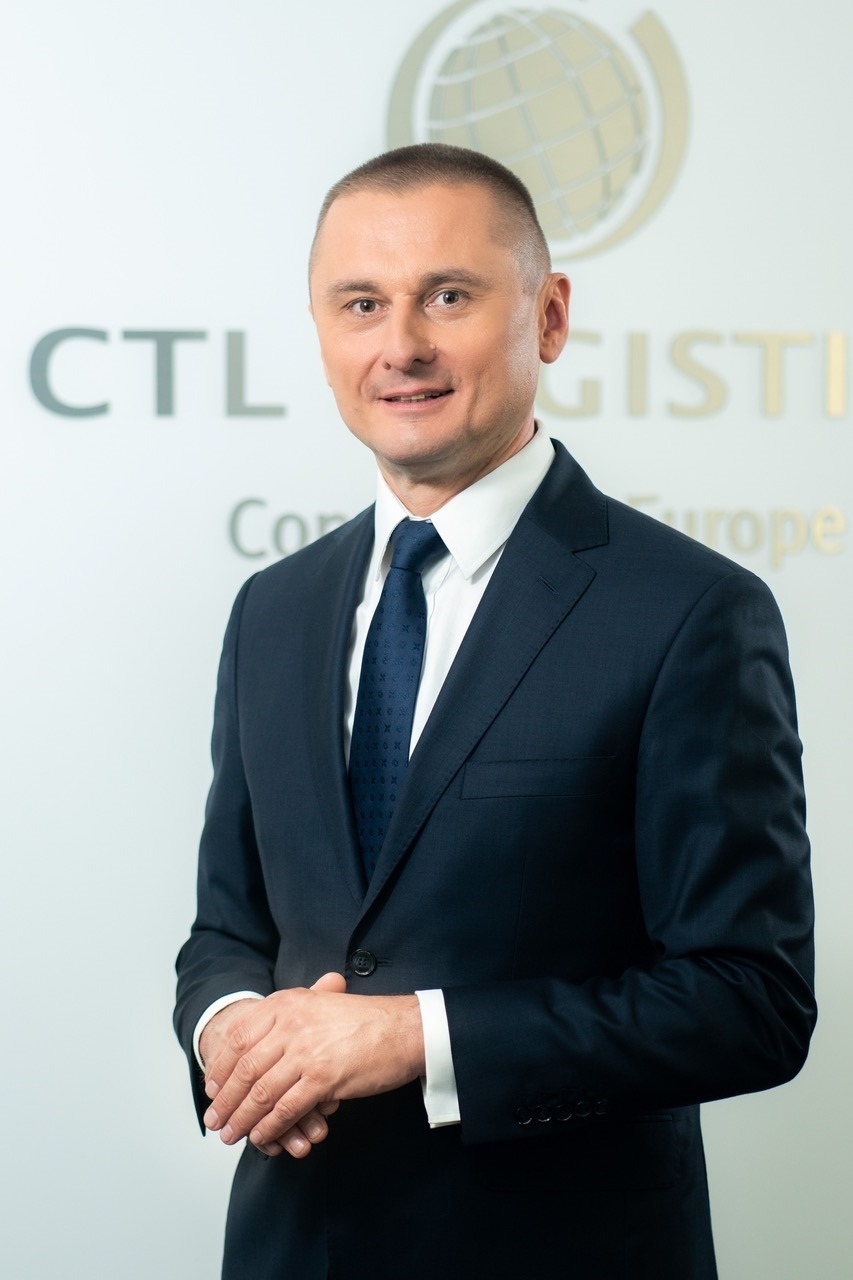 He has been associated with the CTL Logistics Group since 2015 where he was initially the Director of Strategic Affairs and Development. From 1st August 2016, he was also a Member of the Management Board, Managing Director of CTL Maczki - Bór S.A.

Grzegorz Bogacki was appointed the President of the Management Board of CTL Logistics on 31st  October 2017. The Member of the Supervisory Boards of the companies: CTL Haldex S.A. and MB EKO S.A.

Before joining the CTL Group, Mr. Grzegorz Bogacki associated with the ORLEN Group, where he gained extensive experience in working in management, finance, controlling, taxes and accounting as well as development projects. He also served as the President of the Management Board of the subsidiary Rafineria Trzebinia - Ekonaft Trzebinia Sp. z o. o.

In 2013-2014 he was the head of the consolidation project for southern assets of PKN ORLEN Group: Rafineria Trzebinia, Rafineria Nafty Jedlicze and Fabryka Parafin Naftowax, as a result of which the ORLEN Południe Company was established.

Grzegorz Bogacki also holds the position of the Vice-Chairman of the Board of the Railway Business Forum. 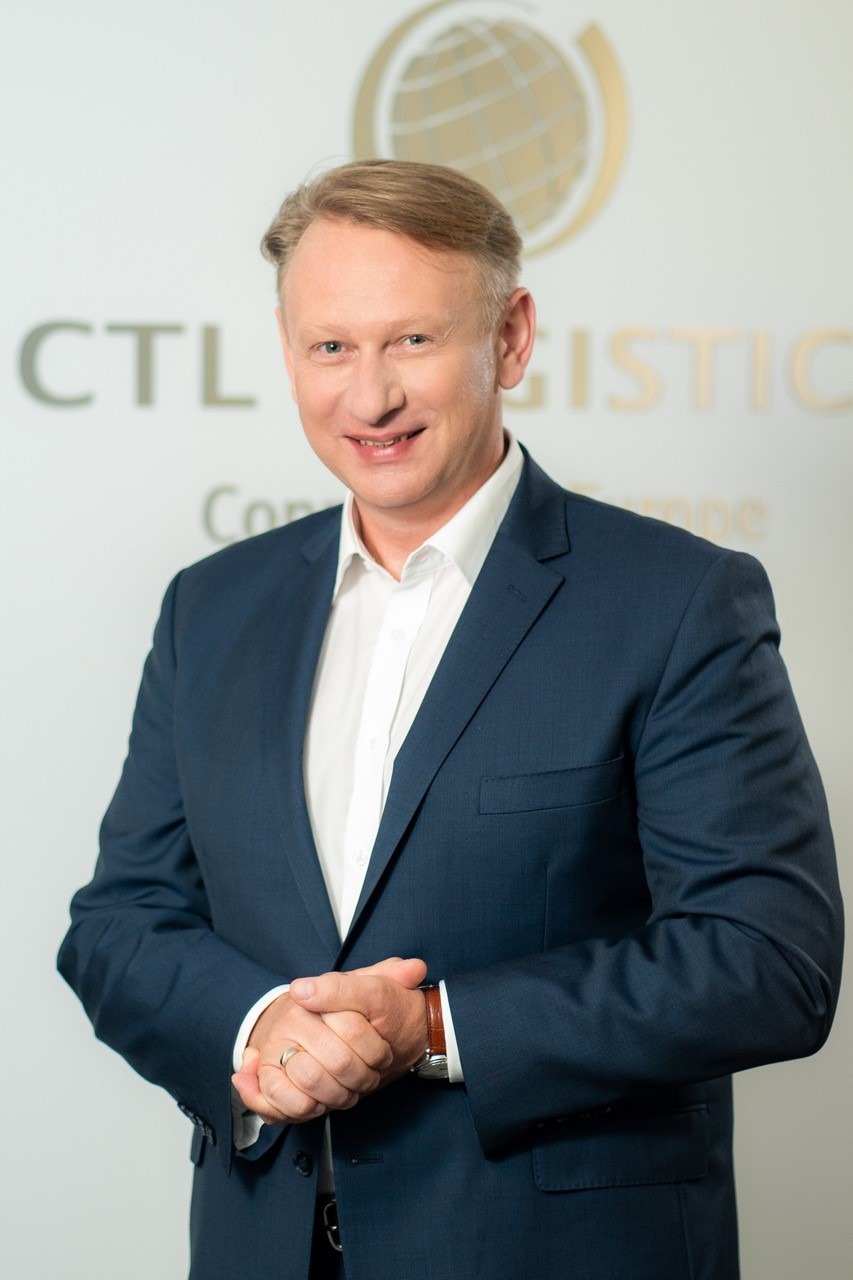 Member of the Board, CTL Logistics Group Development Director

He has been associated with the CTL Group since 2018. Since April 2019, he has been the Member of the Management Board, Development Director of the CTL Logistics Group.
Prior to joining CTL Logistics, he worked at the PKO Bank Polski SA, ICT Sp. z o.o., Capital Group Fasing S.A. where he gained extensive experience in work related to finance, trade and project management.

He is responsible, among others, for developing the Group's development strategy and shaping the sales policy, the full product portfolio of the Company as well as building and managing customer relations.
He is a graduate from the Faculty of Management at the University of Economics in Katowice. 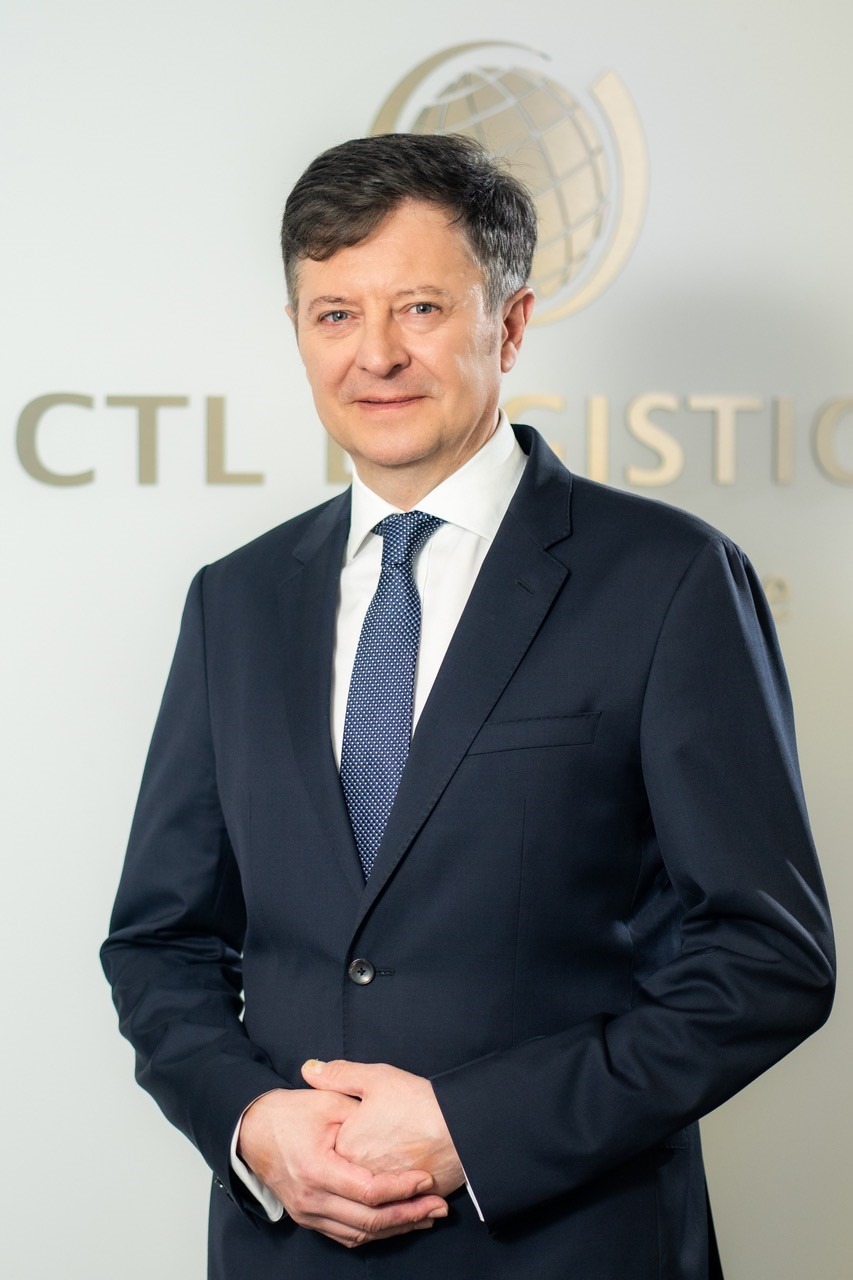 Member of the Board Financial Director of the CTL Logistics Group

He graduated from the Materials Engineering at the AGH University of Science and Technology in Krakow. In addition, he completed the postgraduate studies in Economics and Foreign Trade at the University of Economics in Krakow. 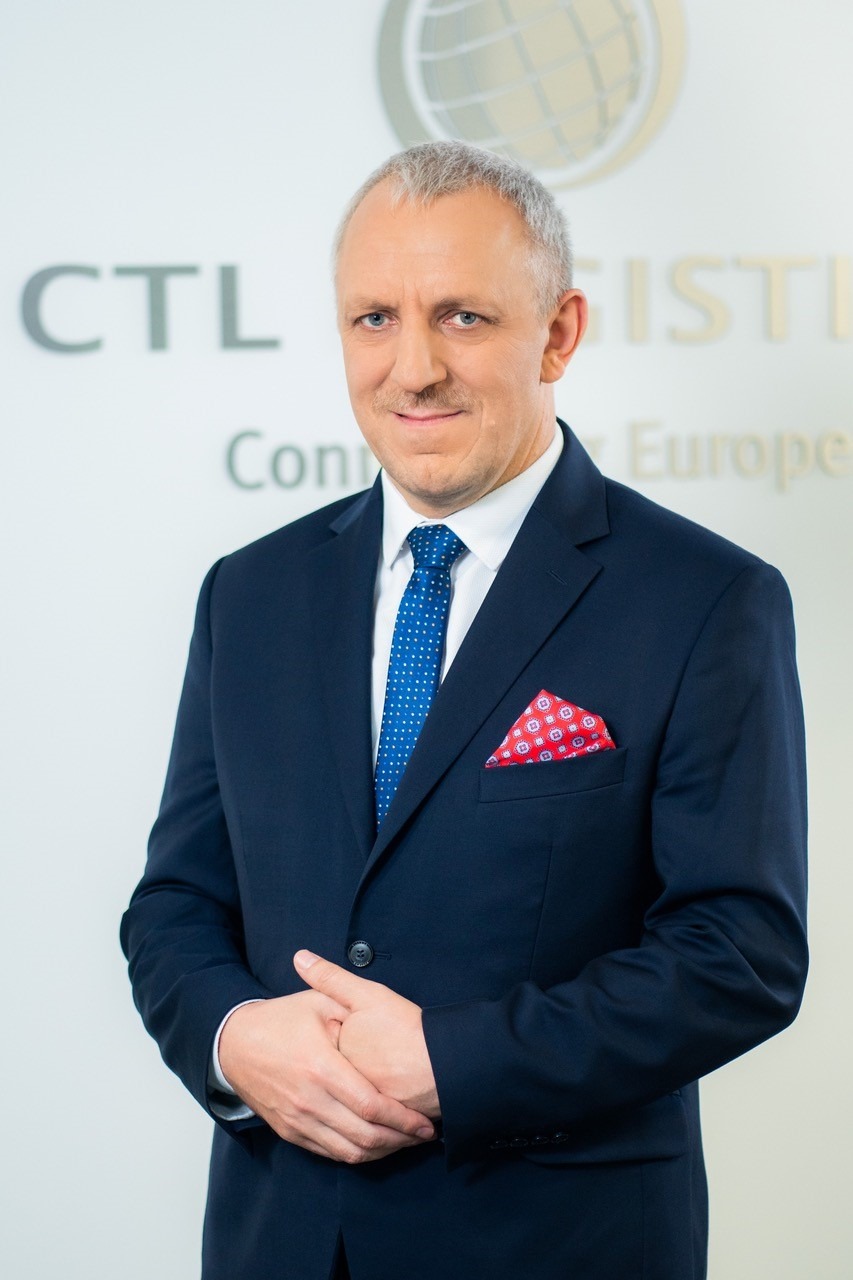 Member of the CTL Group Management Board, Chief Operating Officer

Andrzej Pawłowski has been connected with rail since the beginning of his professional career. He started working in the Polish State Railways in 1985 from a signalman. Then he went through all career levels related to rail traffic management - he was the traffic controller, dispatcher and deputy head of the Railway Traffic Management Department in Gdańsk.

In the years 2009-2011 he was the Director of the Railway Traffic Management Center. He supervised the operational operation of the railway, creating timetables and managed a team of over 800 employees. In recent years he has been the Member of the Management Board and Sales Director as well as the Vice President of the Management Board and Operations Director at PKP Polish Railways. While working on the management board of PKP PLK, he was also a safety coordinator in the PKP Group.

People are the company!

Our Group employs over 1,000 people in Poland and Europe. It is primarily our team doing service on the tracks - loco drivers, setters, railway auditors. A bit anonymous, but a mega-important link in the functioning of the Company.

Without them, nothing will move, will not drive, will not reach the destination. But before they go on tour, check their technical condition, someone has to hire them, buy a wagon or a locomotive, get a contract and calculate its profitability. Someone else has to establish a timetable or buy a timetable… uff a lot of these operations, a lot of committed professionals who take care of customers' cargo every day, about the company's business condition.

Below those less anonymous, always at the disposal of an external client - please contact us, we are at your disposal. 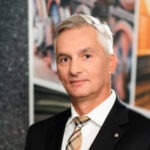 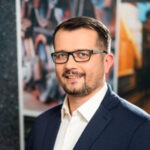 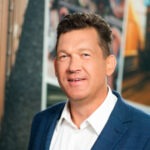 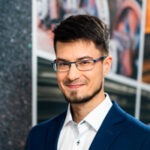 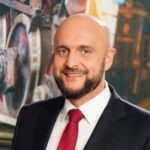 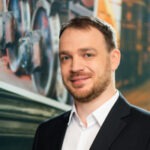 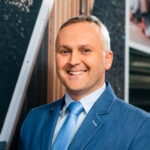 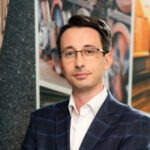 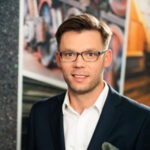 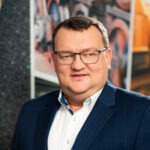 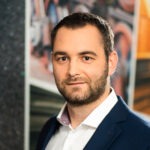 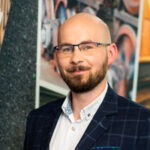 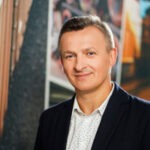 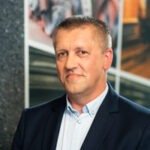 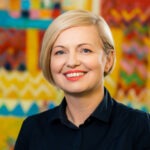 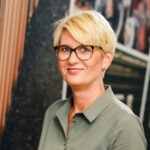 HR Director of the CTL Group 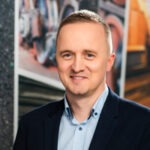 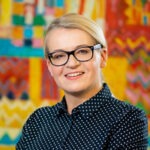 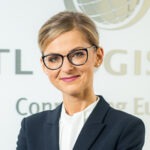 Director of Corporate Governance and Organization 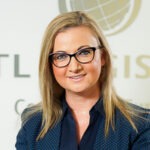 About company: It is a key logistics company of the CTL Group focusing its service activities in the north of Poland in the seaports of Gdynia and Gdańsk, as well as in south-eastern Poland, providing comprehensive siding and terminal

CTL Logistics GmbH is one of the largest logistics companies on the German market, part of the international holding CTL Logistics. CTL GmbH is active in the area of ​​dynamically developing markets in Central and Eastern Europe. The

CTL Logistics s.r.o. is an international rail freight forwarder. We mediate in the organization of rail transport on the Czech, Slovak, Hungarian and Southern European markets, including the Balkans. We specialize in the transport of mass

The company’s activity is focused on servicing the mass terminal in Belarus. It is an element of the implemented European strategy of CTL Logistics including logistics services for the goods flow in the Russia – Belarus –

It is a member of the CTL Logistics Group, has many years of experience in waste management and by-products, including:from hard coal mining and processing (mining stone and mules), from coal combustion (slags, ash-slag mixtures, ashes,

Activities of CTL Haldex S.A. focuses on the acquisition and technological processing of industrial waste for the recovery or enrichment of valuable raw materials. The company mainly deals in the technological recovery of hard coal from coal

CTL Service Sp. z o.o. is an experienced partner in the scope of running repairs and infrastructure maintenance in the field of railway superstructure, railway traffic control and communication devices and maintenance of railway sidings,

The company MB EKO S.A. is a member of the CTL Logistics Group, has many years of experience in waste and by-product management, including:from hard coal combustion in the form of ashes, slags, ash-slag mixtures, gypsum from flue gas

CTL Logistics has a license to provide rail transport services within the European Union and the European Economic Area - valid for an indefinite period. The license allows you to transport all goods, including dangerous goods, and provide traction services. The license does not entitle the entrepreneur to access the railway infrastructure. A requirement for using the railway infrastructure is the conclusion of a Contract for use with the infrastructure manager after presenting a copy of the license and safety certificates.

- certificate of the entity in charge of maintenance

The Union of Independent Rail Carriers [Związek Niezależnych Przewoźników Kolejowych] (ZNPK) is an organization of private, licensed rail carriers. The goal of ZNPK is to represent the economic and social interests of associated employers, including by protecting free competition on the freight market. ZNPK is a member of the European Association of Freight Carriers (ERFA) based in Brussels, thanks to which it has an impact on the form of European rail regulations.

A non-governmental organization representing the railway sector in Poland. It is a platform for cooperation between companies, administration, passengers and rail users. In its work, it uses the experience of analysts and practitioners as well as the potential of the Scientific Council and the Foundation Council composed of managers of large, often international railway companies.

Active on many levels - from a wide debate on the future of transport, through monitoring changes in railway law, to work on detailed technical solutions. Involved in works in the areas of investment, rail efficiency and competitiveness, safety and quality of the law governing transport activities.

As one of several major industry organizations, it conducts intensive correspondence with administrative bodies, national and international institutions, and market regulators. It actively participates in issuing opinions on legal acts and development programs and plans, as well as meetings of parliamentary committees and industry working teams.

At the same time, it is an active participant in the public debate on the future of railways and the entire transport sector, as well as one of the most-quoted railway opinion-making centers. 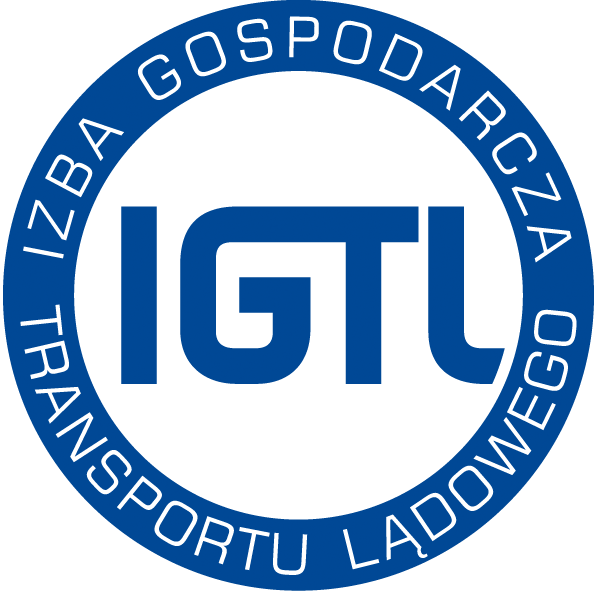 The Chamber of Commerce for Land Transport [Izba Gospodarcza Transportu Lądowego] is an economic self-government organization operating since 1995. The Chamber acts as a representative of companies related to rail transport regarding state administration as well as domestic and foreign organizations affecting the operations of these enterprises. We associate dozens of entities from around the country related to the railway industry.

The purpose of the Chamber is to protect the interests of companies and to apply to state and local administration bodies with applications and opinions in the field of rail transport regulations. IGTL facilitates its members access to knowledge about current economic processes, in particular regarding transport and rail infrastructure. Cooperation with the Chamber gives members the opportunity to directly influence to develop operating conditions and rail transport, and also integrates the rail industry. There are three industry sections at IGTL: Railway Carriers, Wagons and Freight Forwarding, Railway Construction.

IGTL is an organization that focuses on real problem solving of the railway sector. We are active in all areas related to railway investments and conducting transport activities. Our role as a representative of entrepreneurs operating in the railway industry and an important partner in the substantive debate are noticed by the most important institutions, such as MI, UTK, TDT, and CUPT. 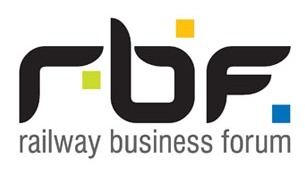 Railway Business Forum is an association of employers working for the integration of the railway environment. This is the most influential Polish railway organization, representing the interests of railway companies and companies in relations with trade unions, employees, authorities and state and European administration. Over the years, RBF has created a wide lobby that influences market development, promoting new investments and making decisions that are friendly to the rail transport industry.

RBF prepares analyzes and reports on the situation of the Polish railways and since 2010 it also regularly publishes "White Papers" devoted to selected segments of railway operations.

It also takes the floor on matters relevant to members of the organization, effectively seeking better law for the railway industry in Poland. RBF cares about the image of railways in the media, organizes debates, discussion panels and conferences.

Railway Energy Efficiency Center [Centrum Efektywności Energetycznej Kolei] (CEEK) is a space for the exchange of knowledge and ideas, as well as education in the field of energy efficiency and rational resource management dedicated to railways. 95% of all domestic carriers, infrastructure manager of PKP PLK and experts, among others, are involved in CEEK's activities from the Railway Institute, Warsaw University of Technology, the Jagiellonian Institute and the Jagiellonian Club.

The Center is a platform for dialogue of representatives of the railway industry, experts and scientists on activities in the field of minimizing the consumption of electricity on the railway. CEEK is also to support the exchange of good practices between railway companies and discussion on the best legislative solutions in the field of energy efficiency.

Any cookies that may not be particularly necessary for the website to function and is used specifically to collect user personal data via analytics, ads, other embedded contents are termed as non-necessary cookies. It is mandatory to procure user consent prior to running these cookies on your website.